Ten months! It's funny, because I reread through Grey and Micah's ten month update this morning, and my first words of that post are still exactly how I feel:

"Ten months. It sounds a lot like twelve months. Which is one year. Which is SO old."

And now, somehow, my baby is at the age when people without babies expect you to say "About a year," when they ask how old he is. Unlike his brothers, August isn't walking yet. He doesn't have any words (Micah could say Dada and mean it) and he doesn't have any favorite toys or books. It's amazing how different a creature he is than his brothers. But, like his brothers, he is so active and wiggly that the only way I could get him to hold still for pictures was to put him in a high chair! 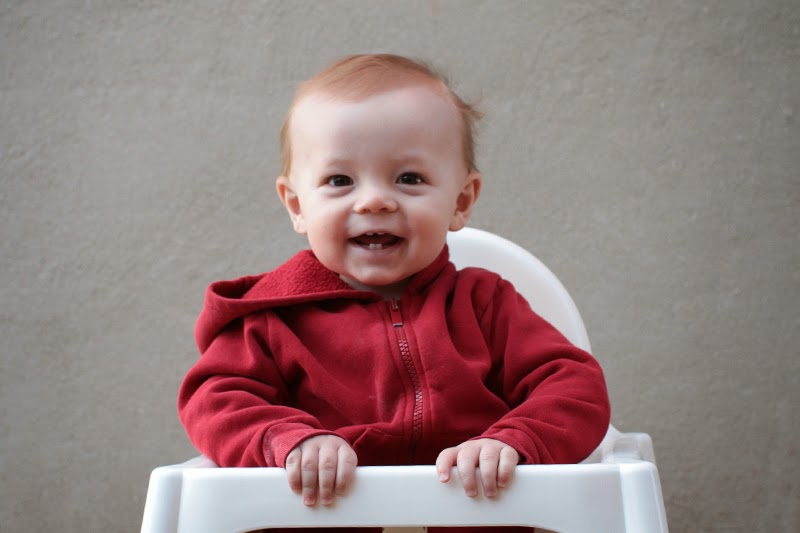 August is obsessed with figuring how things work. He can stack blocks and even Mega Blocks (the really big Legos-knockoffs) which Grey and Micah couldn't do until they were much older.
If the boys build a big castle or tower, he won't knock it down, but will sit- patiently dissembling it a piece at a time.
If he sees someone plug something in, he wants to plug something in. If we push a button, turn the faucet, fill a container, or use a clothespin- he is instantly underfoot, trying to mimic us.

If we shut the bathroom door to keep him out, he doesn't bother pushing or banging on the door. Instead, he exerts all of his energy in trying to reach the doorknob. He knows that's how to do it.
Likewise, if his brothers are on the couch and he wants to play, he can already figure out how to push cushions or toys over to make himself steps to climb up. 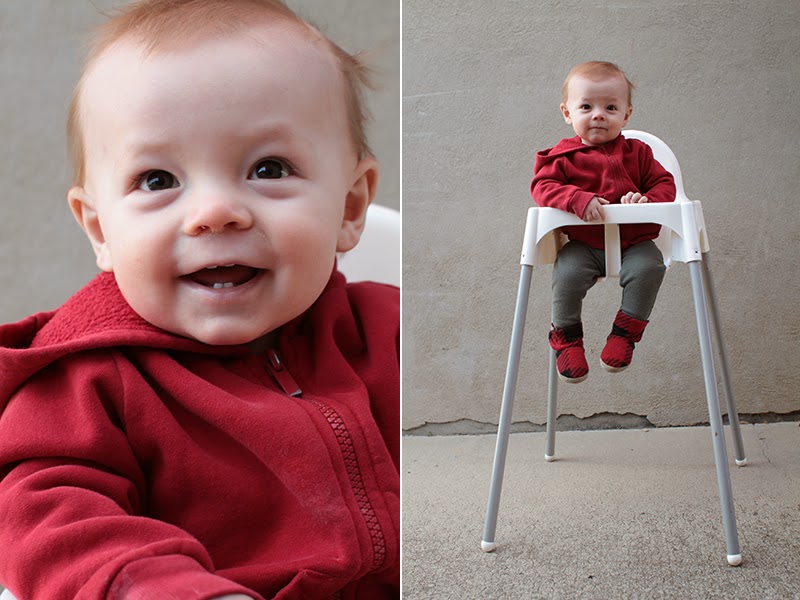 He wants to feed himself, and insists on holding his own cup, applesauce, sandwich, or other foods. He loves feeding himself with a spoon, and will lie the spoon on his tray, carefully put a Cheerio on to it, and then try to feed it to himself. His loves drinking from a cup or eating ice chips and will beg and cry for my water. 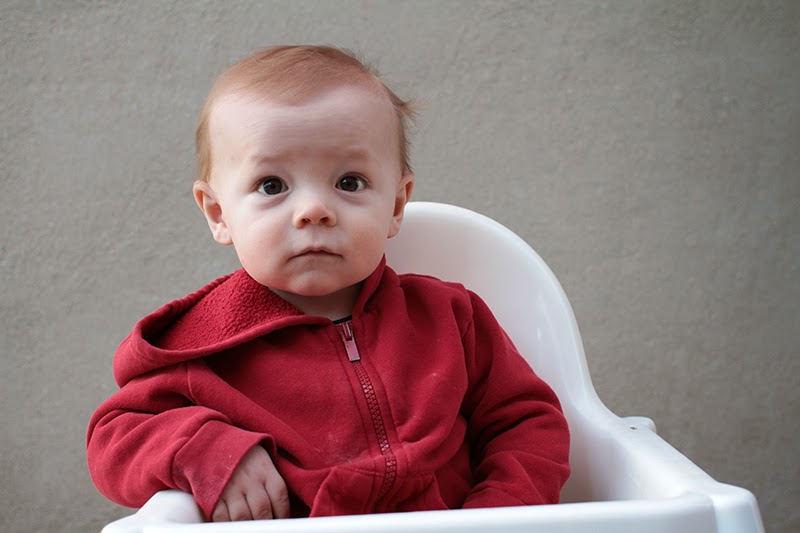 This week, in an effort to "sleep train" him (he's been getting up a lot in the night this month), we took away the pacifier. By night two, he was not crying at bedtime, but waving bye-bye and curling up with his snuggle-blanket. He still wakes up once in the night to nurse (Uuuuugh), and nurses three times during the day (before each nap and bedtime).
He isn't walking, but he's so close. He walks with push-toys, along furniture, or holding hands with us. He can stand up, crouch down, stand back up, and then sit down in the middle of the room without any hand-holds. Then he just stands there looking around. Sometimes he'll pant in excitement, reeeeeeach out and then drop to his knees and crawl.  He wants to walk, but hasn't quite figured it out.

He loves music and will dance and sing if any music is playing, whether its rap (Jurrasic Five), Frank Sinatra, Bob Dylan, Taylor Swift, church hymns- anything. He starts bouncing and wiggling and singing his little heart out. It's the loudest sound he ever makes!

He has five or six teeth (he won't let me in there to check), and has turned into a BITER. A hard biter, too, and an intentional biter. He does it on purpose! Though I don't think he knows it hurts us, just that it elicits a funny reaction from us. 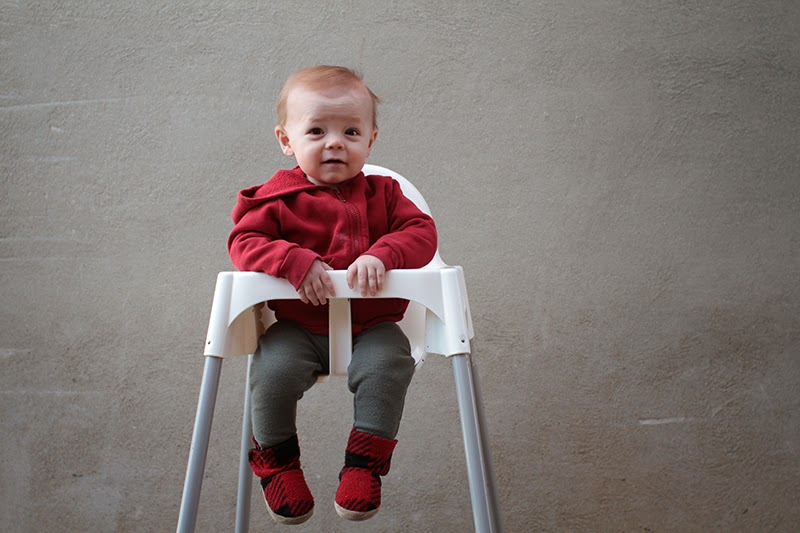 But the words that best describes this little man is pleasant. Every day, we discuss how pleasant he is. He is so nice. silly, calm, happy, and quiet. He observes and mimics, he rarely cries, and he loves his family and especially his brothers. We love this little "one year old," and can't believe we've had him for almost a year!

Thanks for the updates! I have enjoyed looking at these beautiful boys!