Portraits of my Boys 8

I love these boys. This week I even got a good picture of them all looking at the camera and smiling! I think it's the best picture I have of them. August is finally big enough to sit up on his own, look at the camera and smile on command. Hurray!
All of these pictures were taken the same afternoon, but I love them. In fact, I'm going to include a lot of pictures besides just the three portraits. But I'll start with those: 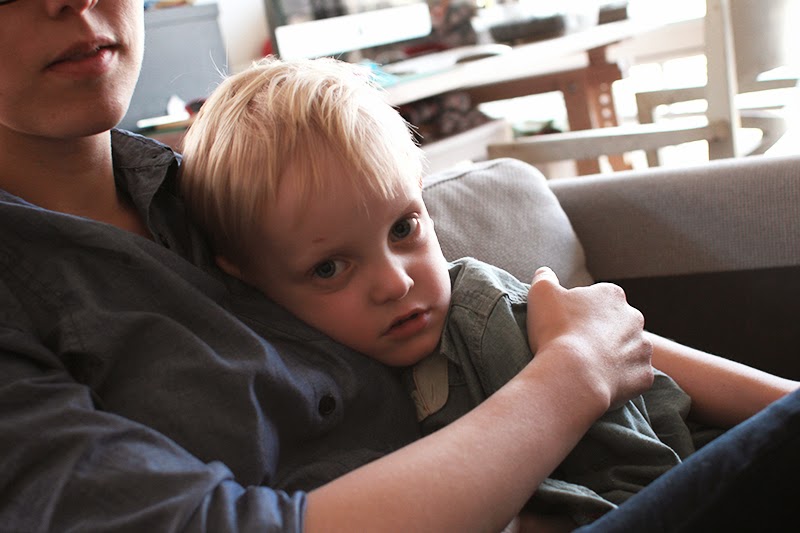 Grey is so snuggly and sweet. A friend once described her twins as one being physically demonstrative for his own sake, and the other more likely to love and comfort those around him for their sake. Grey is definitely my boy who snuggles and hugs for other's sake. He gives me hugs, kisses, and love because he knows that I want them. 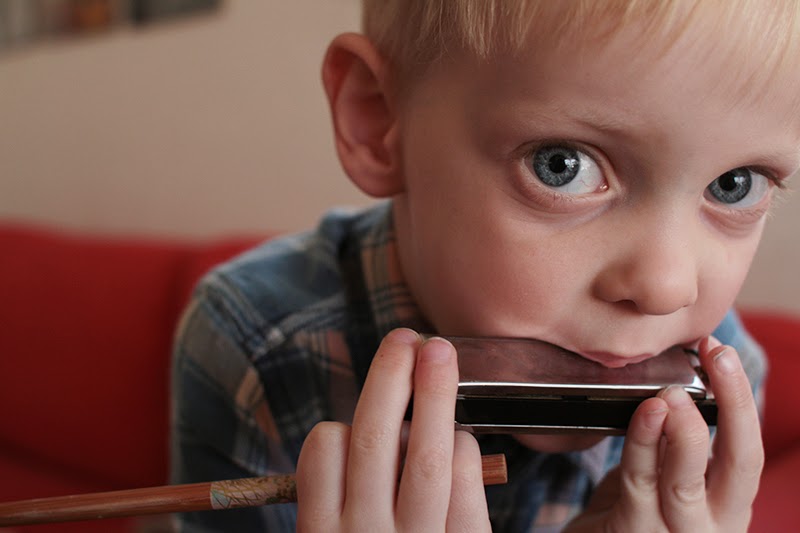 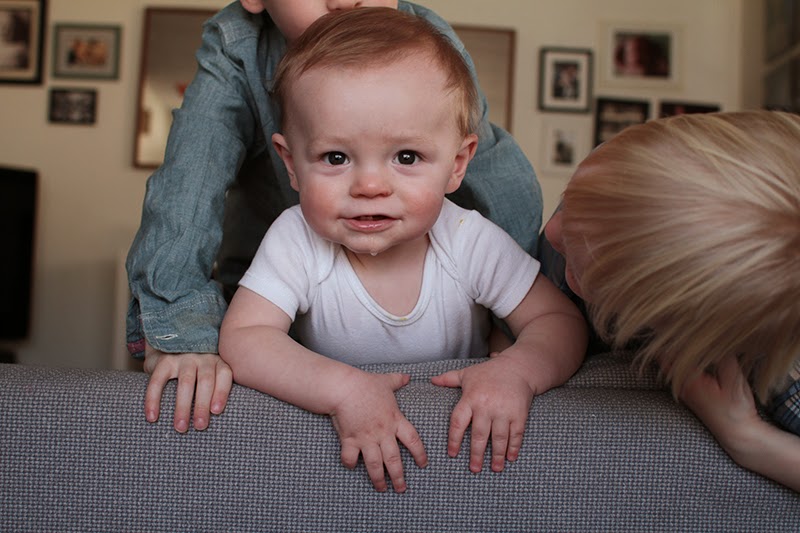 I love, love, love this picture of August, because it is very true to life. My happy, cute boy is almost always thronged (over-crowded) by his brothers. They're leaning on him, trying to pick him up, trying to get his attention, and generally harassing him. It's good to be loved.

And now some more pictures:

Here's one of Motherhood: 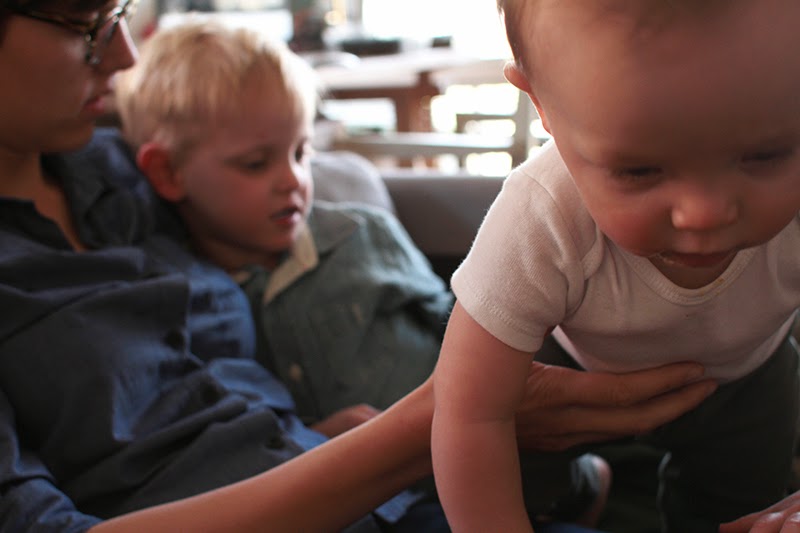 Micah took this one and I love it. I love that Grey and I are reading a story while a baby climbs over us and I'm holding him so he doesn't fall off the couch, while still letting him "explore" a little. Motherhood requires more than two hands and the ability to mulitask. 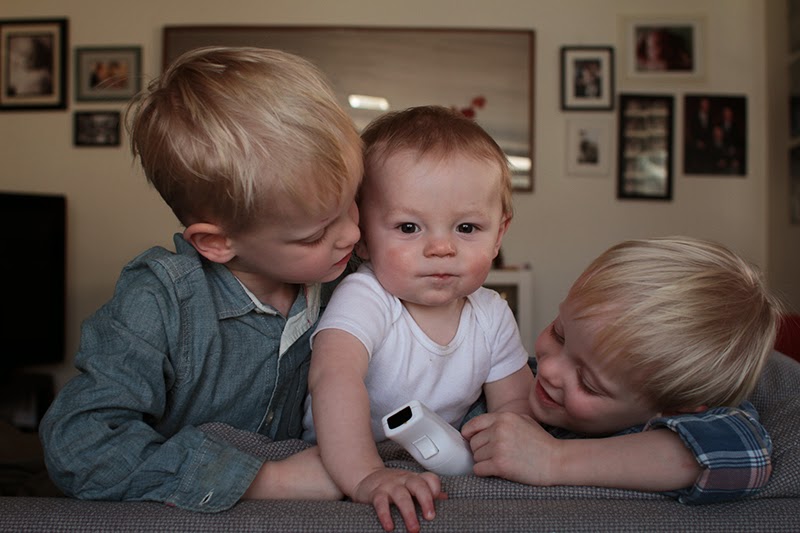 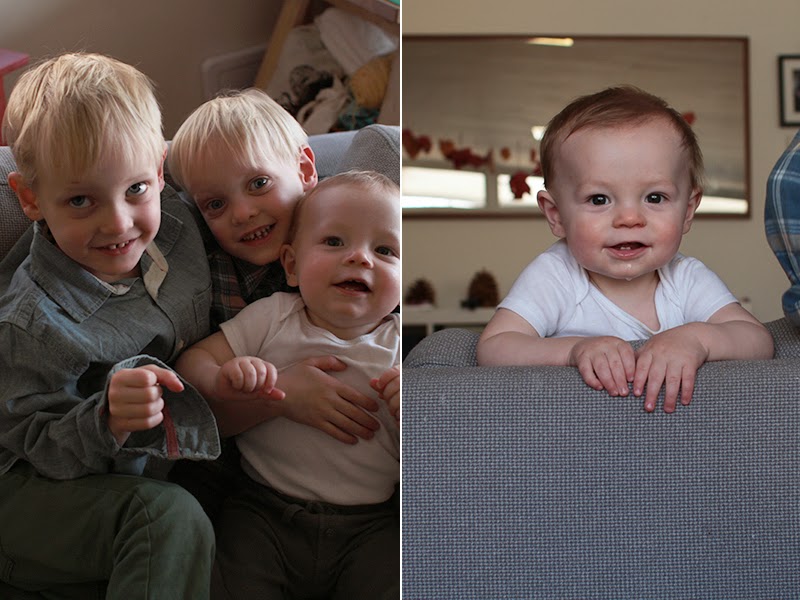 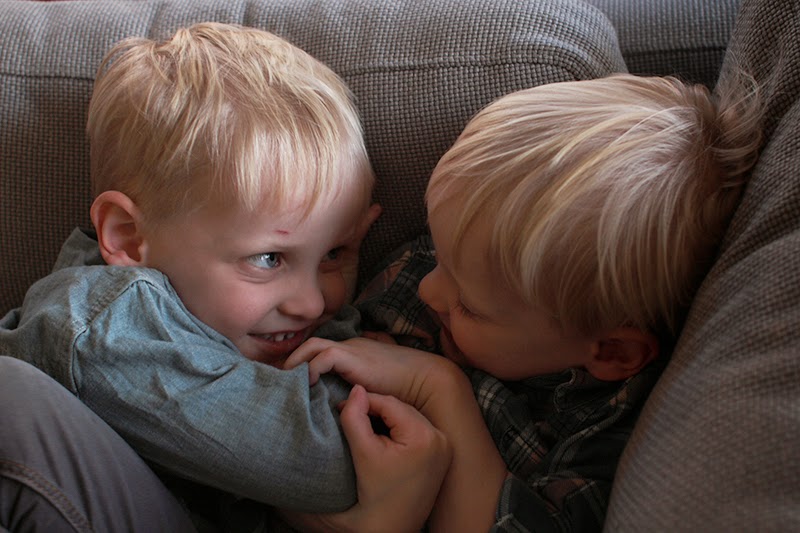 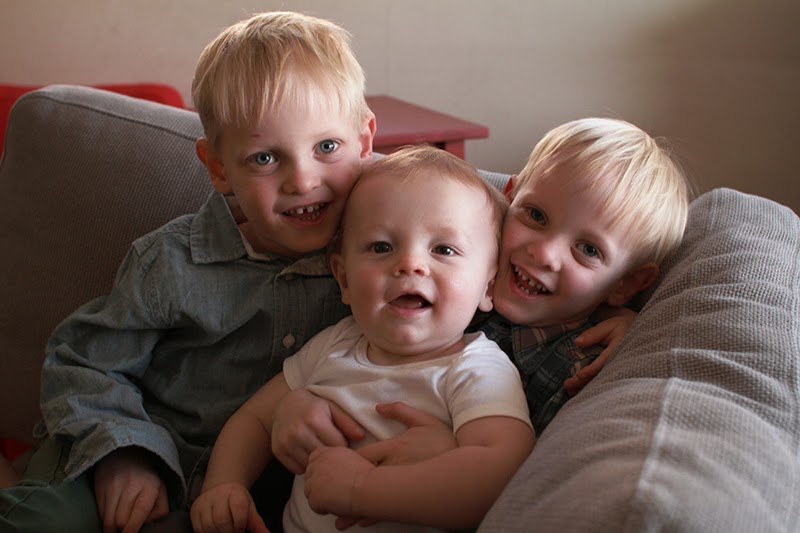 So far, I'm on Morning Three of waking up and announcing "Today is going to be a really good day," and so far- I'm striving and succeeding at obedience to that decision.
Okay. The days aren't that good. Travis is still sick, and yesterday we found out that our car is so totaled that it essentially needs a new engine, so goodbye $4,500! But I've had happy children, and we've eaten yummy foods, made messes, read stories, and the baby is officially off the pacifier (cold turkey, holla!).
So good. "I gotta feeling, ooooohhhoooohhh, that today's gonna be a good day, that today's gonna be a good, good day!"

Posted by Becky Pitcher at 8:07 AM