A One Year Old

August is one year old.
He is a delight. A joy! A pleasure! and the cutest child ever spawned!
Needless to say, there's some favoritism going on in our household. Maybe he shouldn't be so perfect, so we wouldn't have to love him so much. 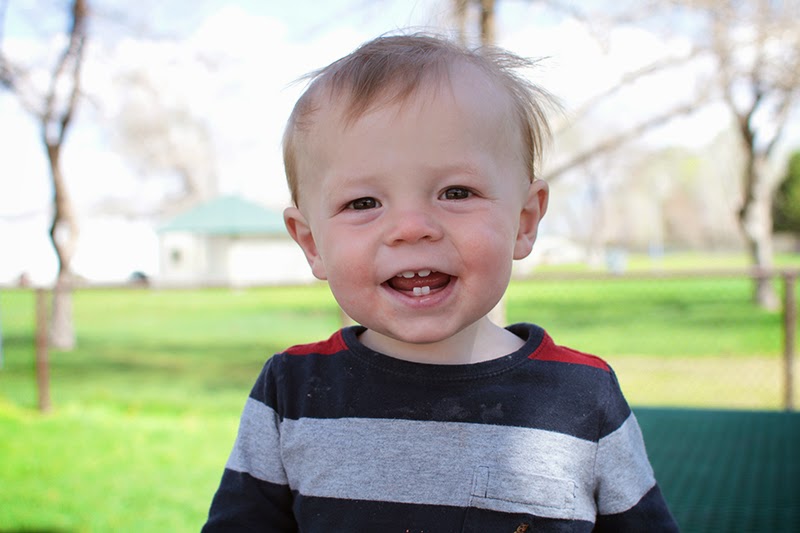 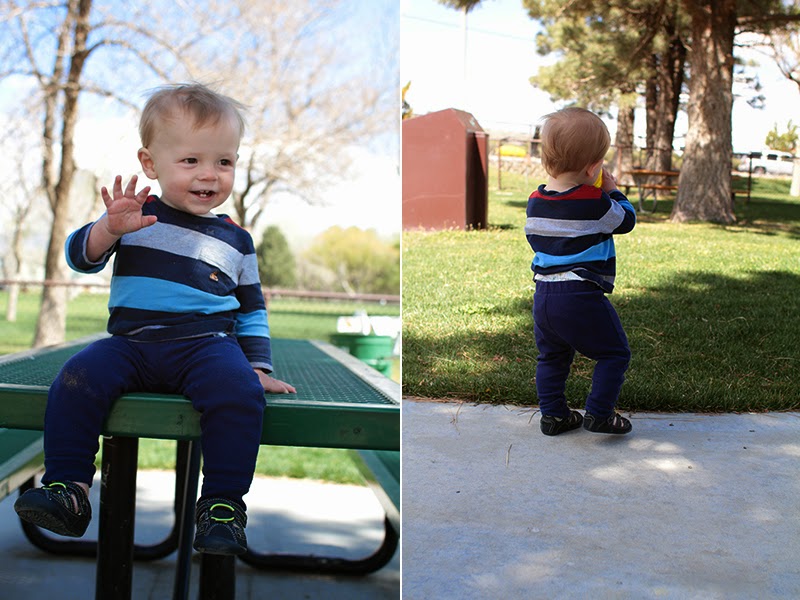 August, in keeping with his brother's traditions, is very active and physically capable for a on year old. He can now walk, climb up and down stairs, dance a cute little boogey, and climb on and off short furniture. He runs in short, excited little steps, and "tiptoes" in slow, exaggerated steps (towards a sleeping puppy, for example). He can even jump up and down! He usually bounces, springing his little butt up and down, but leaving his feet on the floor- but a few times, he's gotten so excited that he actually jumped with both feet off the ground! (He usually lands on his butt when this happens.)
He squeals and claps in excitement when he's happy or proud of himself. He waves bye-bye and signs all-done. 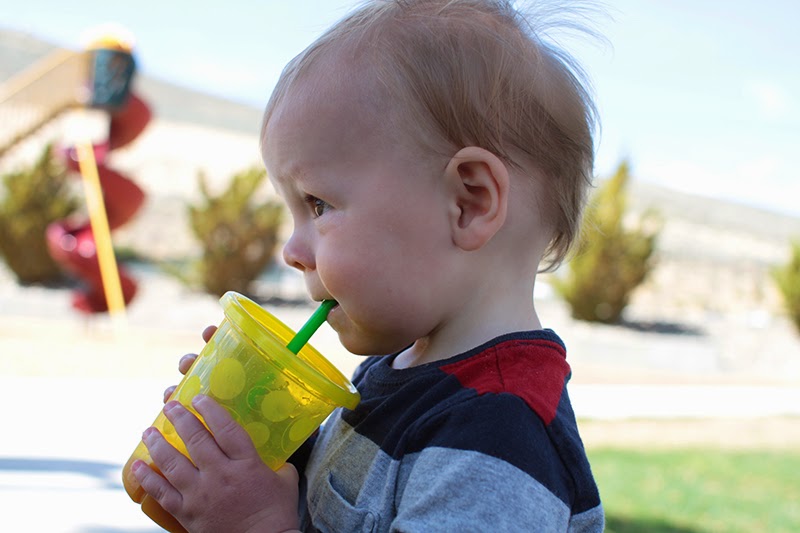 He gives the tightest, most sincere hugs. He really nestles in, wrapping his arms all the way around my neck, playing with the hair at the nape of my neck and tucking his face into my shoulder and holding on for minutes at a time.
August rarely gives kisses now, (but when he does, they're very sweet and intentional). Instead, he requests kisses. He will press his forehead into your mouth, humming for you to kiss him, or will lean into you for kisses if you hum.
Saying goodnight at bedtime is a long process, because he wants everyone to kiss him for several minutes. When he was in bed with me in the middle of the night recently (teething is the worst), he would pat and stroke my cheek in the dark until he found my mouth. Then he would press his face into mine, humming. (So I was forced to give him kisses!) If I didn't make kissing sounds as he did that, he would slam his head into mine until I did.
Even when he's annoying and hurting me in the middle of the night, he's the nicest baby ever.  What am I supposed to do? Not kiss my baby?

August loves other kids, especially little girls. He will follow his aunt Katie around, and laugh and scream in delight if he sees her across the room or through a window.  He follows around little girls at the park, waving and grunting at them until they notice how cute he is. 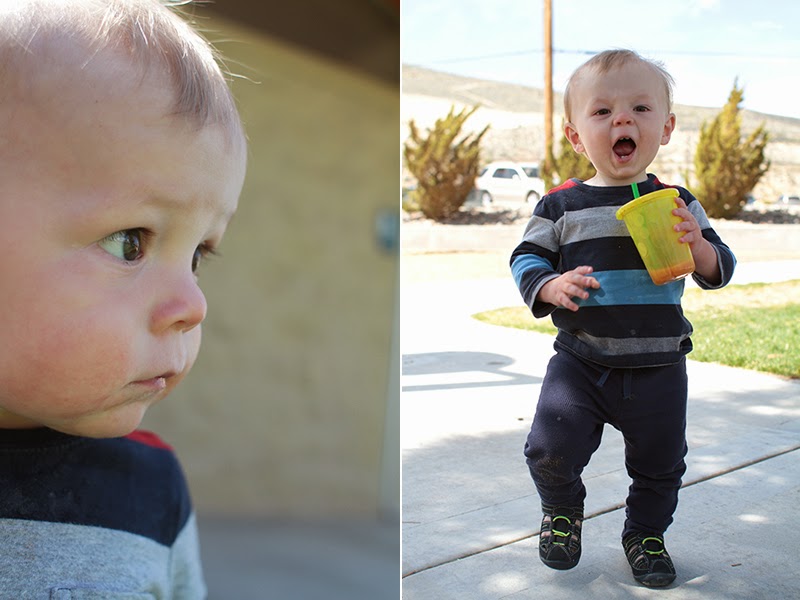 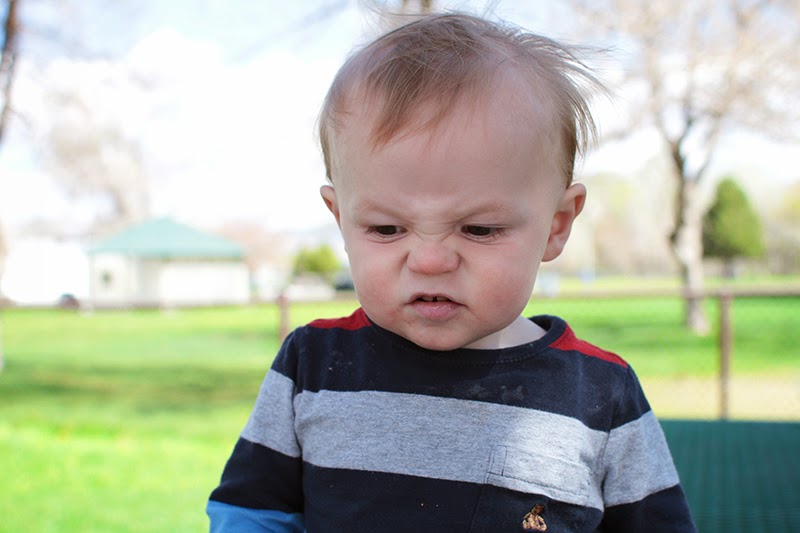 He loves to take baths, sing songs, and go on walks. But now that he can move, he doesn't like to be held much- he wants to be free to explore! August has loved being here at my parents with two dogs. He's not afraid of either at all, but follows them around, tries to sneakily feed them food off his tray, and likewise- likes to steal their food and play in their water bowls.

He doesn't like reading stories very much, except touch-and-feel books and the Very Hungry Caterpillar, which he will actually sit through. He's very into his index finger, and points and shakes it at everything.

August is a complete darling, and we love him. It's hard to believe that he's been in our lives for a year! That seems like both too long and too short a time to be possible.

I tried posting on this a week ago and it never would post. Frustrating. This little boy is so adorable, and what great photos! Happy birthday one year old!