A day before August's birthday, I was playing with my camera- trying out different settings, teaching myself how to use it. August was playing quietly by himself and I asked, "Will you sit in the window and read so I can take your picture?" He climbed right up into a window seat and was quickly absorbed in a book and oblivious to my camera. About a half hour later, he looked up and asked, "Can you come with me to the trampoline?" We got dressed and headed out- me with my camera again. And I love these pictures of my boy. 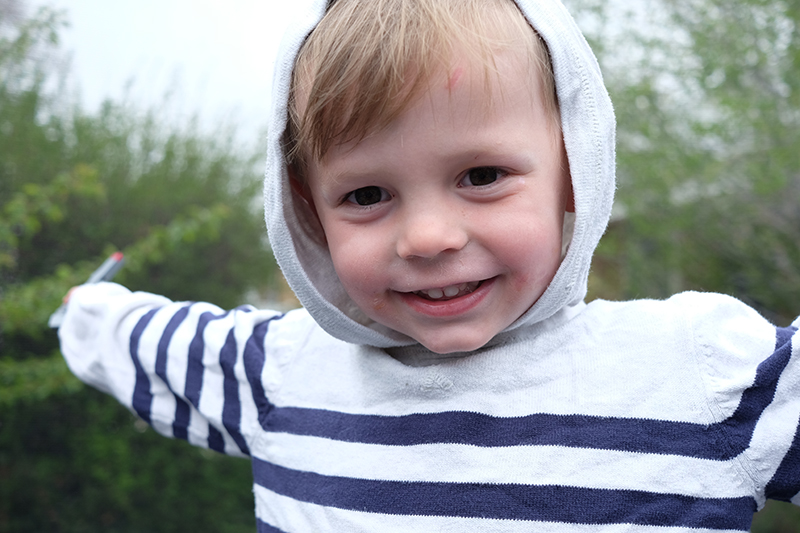 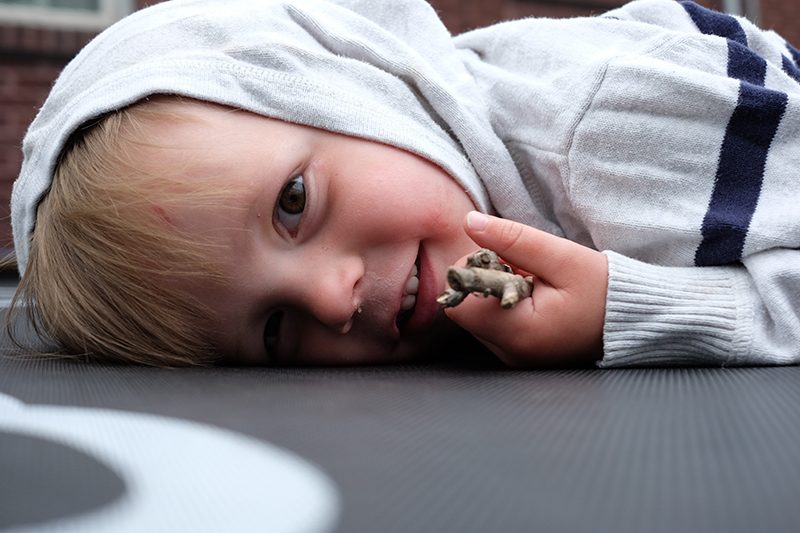 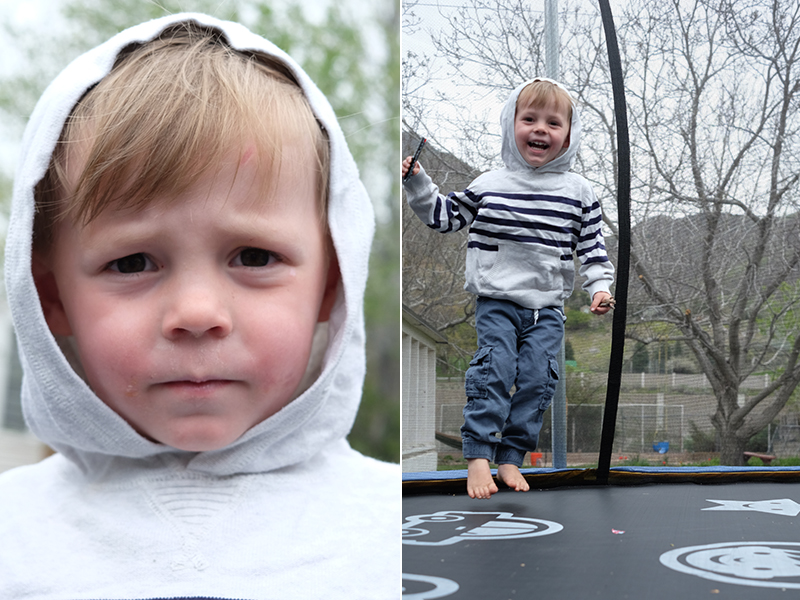 August is hard to describe.
Travis summed it up nicely by saying, "He's kind, oblivious, determined, tough, and sweet."

He is a tornado of energy, constantly running, jumping, wrestling, screaming, climbing, swinging, singing, and always, always "fighting monsters." And yet, he is also so snuggly, cozy, and loving. "I want to snuggle with you! I love to sleep with you! You are my favorite! Let's read a book together!" he says.
August is extremely difficult to understand. Sometimes his words leave us stumped. If we ask him, "What did you say? Tell me again!" he will speak very quietly, slowly, and with extra pauses in his words to help us understand- and that makes it even harder to understand! He picks up all these weird speech habits, almost like he's trying them out. For a week or two he will speak with his Sss drawn out, or spitting when he pronounces a B or P, but then he will stop. It's so funny! Grey and Micah are the best at understanding him and often correct me if I don't know what August is trying to say. But he has a lot to say, whether or not we can understand him! He is often chatting- or more often, singing. 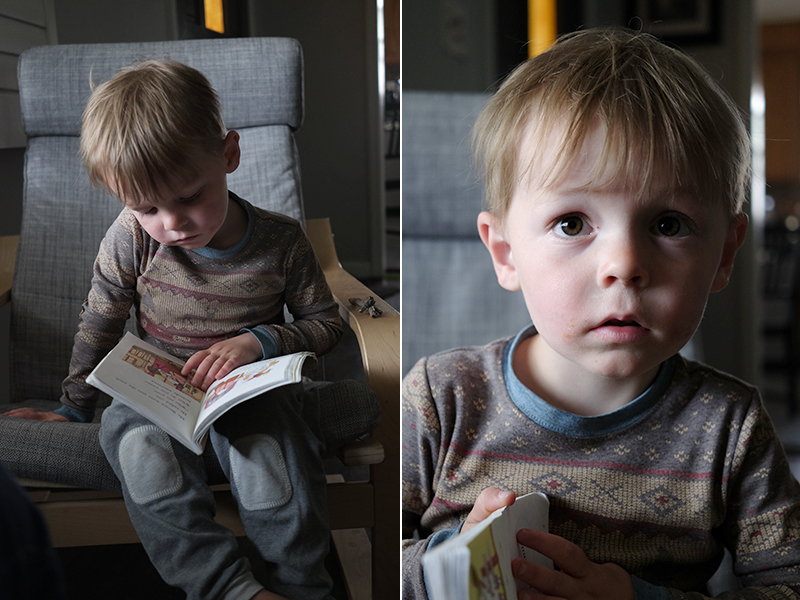 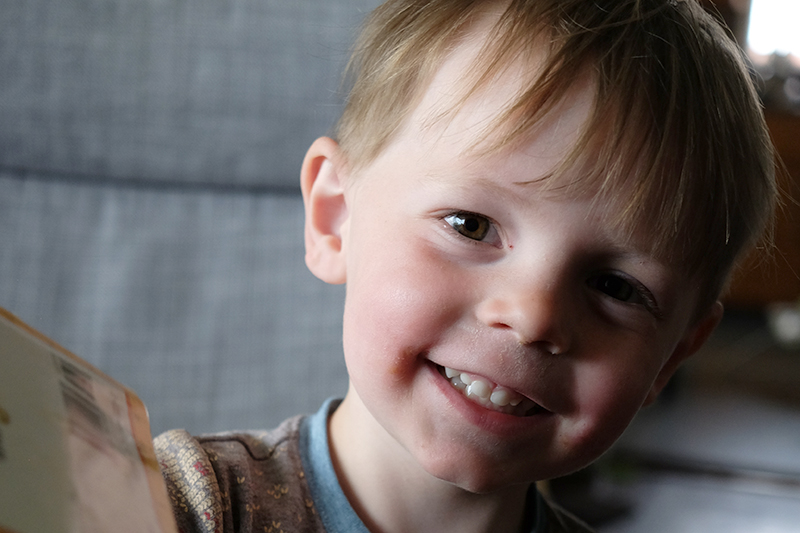 August is extremely determined. He hasn't eaten any food in basically a year. If we don't feed him the food he wants, he just goes hungry- or he fends for himself when we aren't looking. I finid him regularly holding and eating contraband granola bars, fruit leathers, or other "snacky foods" that don't constitute a meal.
He does what he wants, regardless of the obstacles. This hike is too hard? Not for August! The cake is on top of the fridge? Not anymore! That's a big kid scooter? An off-limits toy? A neighbor's dog? If he wants it, he gets it. This is extremely frustrating when he's escaping, breaking rules, or screaming for 40 minutes in a row- but most of the time, it's kind of inspiring! He's a rock climbing, no-fear, self-motivated little trail blazer.

He loves to play with his brothers and Travis (he honestly doesn't have many other friends) but is more often completely in his own little world. Daydreaming, playing pretend, building, and talking to himself. He is usually pretending to be Link from Zelda or a little puppy, "your favorite puppy," he says. If he gets absorbed in a book or game, he will play for an hour at a time before we see him again. Often, I find myself worried that he has escaped (again) and headed to the neighbor's house- only to find him tucked into a corner downstairs - lost in his own mind and deaf to me calling him.

August is also very thoughtful and kind, showing his big smile off, bringing treats to everyone, always checking on Louise. He is fairly conscious of other people's emotions. He is violent and impassioned- but feels instant remorse if people are hurt or upset and is (often) willing to sacrifice what he has to make someone feel better. 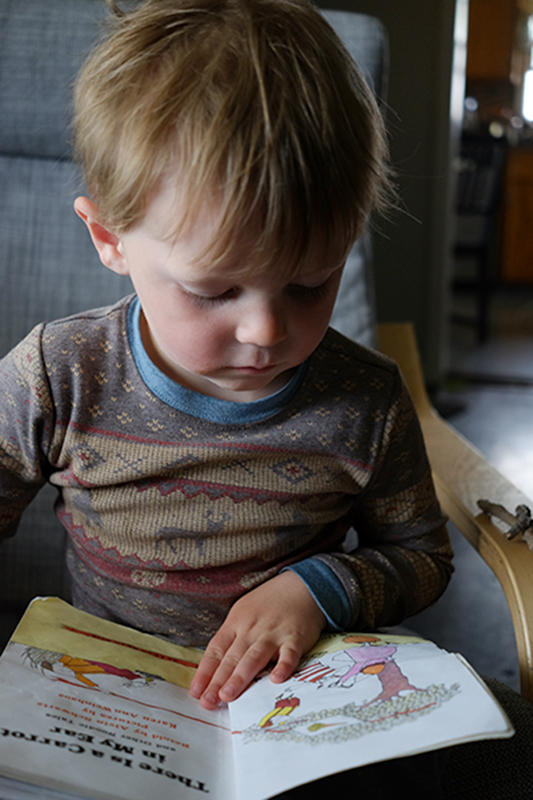 August is also very musical, he can keep tunes, recognize music, and becomes very absorbed in instrumental music- not dancing, but sometimes karate-chopping to the beat. He loved the movie Moana and after seeing it twice, he could sing along to most of the songs and often requests that we listen to the music. He is almost always singing Primary songs that he learns at church, twinkle twinkle little star, or reciting nursery rhymes to a strong beat.
His favorite songs are Peter and the Wolf, which he can almost recite- and the music to The Legend of Zelda, Skyward Sword.

He loves the Utah Jazz and had fun going with Travis to several games this season. He chants, "Go Go Jazz! Go Go Jazz!" and often requests that we play basketball together- or that Travis plays Zelda with him. He loves Zelda and is very invested in the story. He almost always has 2+ swords clutched in his hands, likes to be called "Zelda Link" and will agree to things more readily if we explain, "This is what Link does. Link loves to ... eat his potatoes, wear his pajamas, hold the baby."
If only that worked with the potty! August is still adamantly insistent that he wear a diaper. He hates wearing it, but the idea of using the toilet is so stressful to him that he cries if I even get underwear out of his drawer. Ah well. I'm sure he'll be potty-trained by four, right? 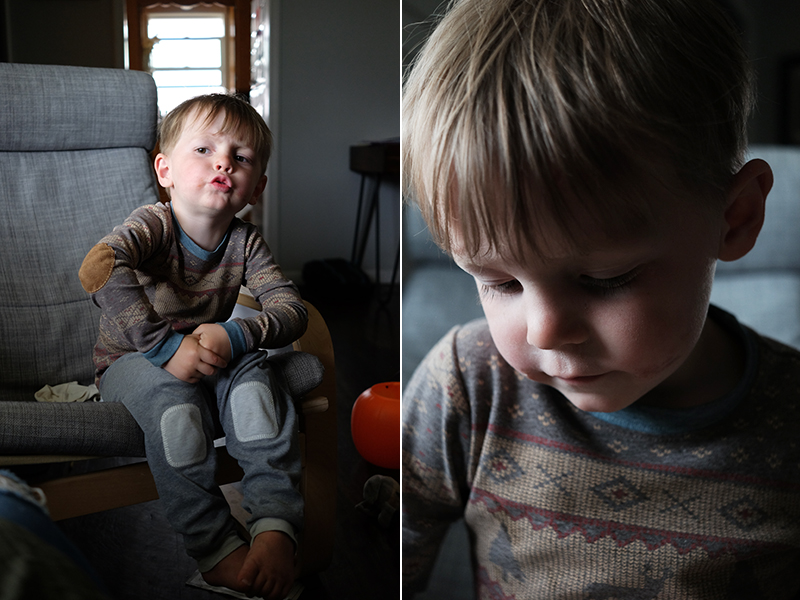 Posted by Becky Pitcher at 6:29 PM