I am feeling mom-guilt over the fact that Louise's milestones are not being recorded as obsessively as the boys' milestones (or, you know, at all.) 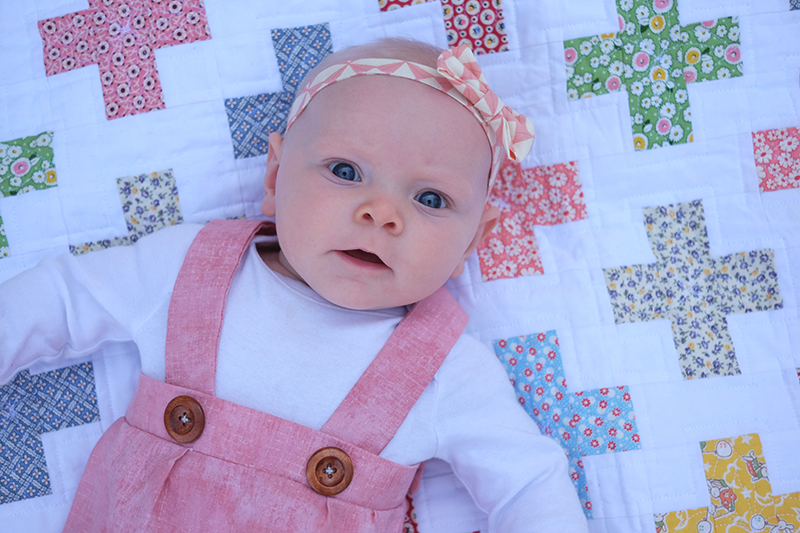 She is already four months old and I haven't told you anything about her!
So here are some pictures that I took of her on Easter. She is such a cheerful, smiley baby! But like most babies, those smiles are replaced with concerned eyebrows when the big camera comes out.
Louise at four months, she has rolled over a few times and can "sit up" for a few seconds at a time- though not as well as August could. She weighs about 15 pounds, and is in the 90th percentile for height, weight, and head size! (For proof, please observe those THIGHS.) 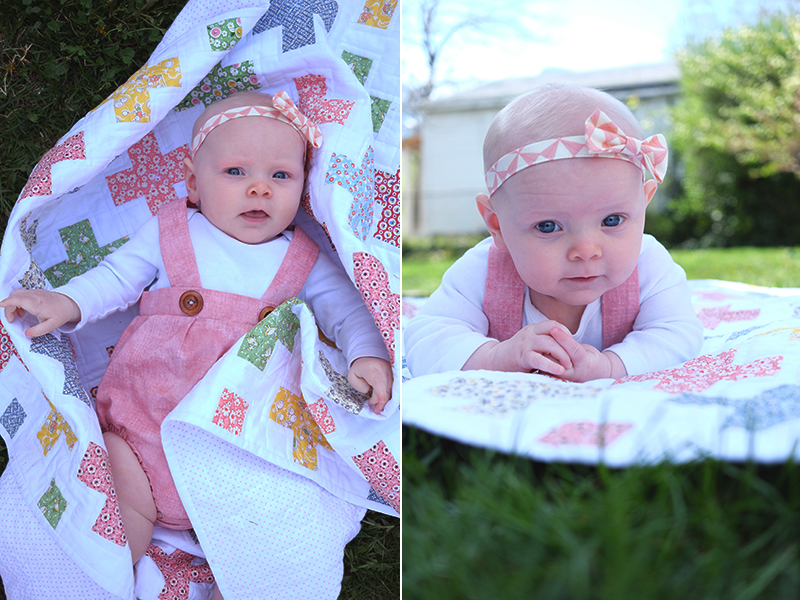 She is so drooly, and loves to have things in her mouth. She grabs things (like blankets, fingers, pacis) and then attacks them with the cutest little baby-lion noises and faces. She chews on things with ferocious glee! And no wonder- she already has TWO TEETH!
The two teeth on the bottom came in at about 3 and a half months. I was so surprised- not only because she is so young, but because she exhibited no signs of discomfort. She wasn't fussy, up at night, or feverish. In fact, she slept better than usual the nights before each tooth popped in! I guess she was using up all her energy being happy while in pain, and needed extra rest.
She is very quiet and observant, rarely fussy or sad. She watches us all the time, her little eyes following everything that we do. She makes all these funny little sounds and facial expressions like she's trying to copy us speaking. And I'm sure that she understands many things that I say, like when I ask: "Are you hungry?" and she starts to hyperventilate in excitement!
When Louise is sad- she SCREAMS. She screams like it's on purpose and she's punishing us for letting her get hurt. She really only screams when she is in the backseat by herself, without any brothers to look at her, or when one of the boys accidentally hurts her- as has unfortunately happened several times. 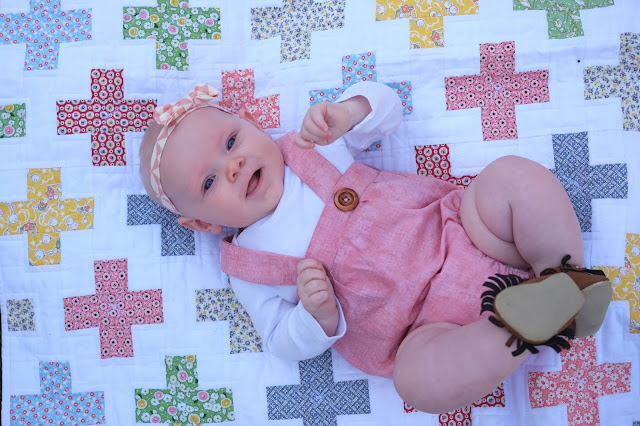 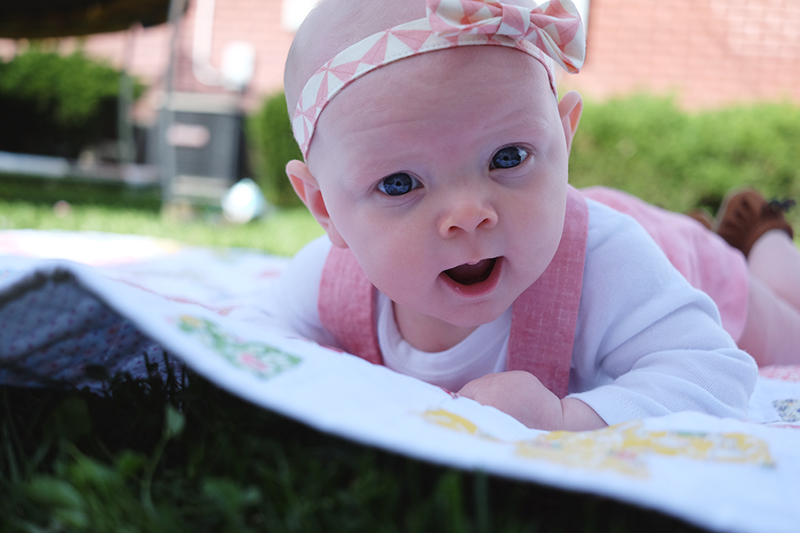 She hates to be in the carseat, but if a big brother sits by her and hold her pacifier in, she calms down almost instantly and watches him until she falls asleep. She loves her brothers and they can get her to laugh more easily than Travis or I. She often squeals for joy at seeing them and instantly calms down if she is sad. As I am writing this, she woke up from her nap. I know that she is hungry and ready to eat, but instead of helping her- I sent Micah in to entertain her. I can hear giggles from both of them!
Louise is still entirely breastfed. She's a good eater and eats every 3-5 hours, day or night. I'm ready for her to sleep through the night, but she's still so little and nice that I don't mind when she gets up. Posted by Becky Pitcher at 4:08 PM