Micah. Micah my baby.
He's only younger by a minute and smaller by a half-pound but I think of him as the little younger brother. I want to snuggle him and cuddle him all day. I don't (usually) mind being up with him in the middle of the night.
He's quick to grin and quick to cry. He'll spend fifteen minutes smiling around at anyone and anything.  He was the first to laugh, and he thinks it's hilarious when I sing goofy little songs.
Micah will get into a happy mood and spend 15 minutes grinning non-stop. He's an absolute ham. A charmer. I suspect he'll be a trouble maker, because he's so blasted cute he can get away with anything.
He's also the screamer.  He gets worked up and inconsolable unless he's either bounced vigorously in a dark room full of white noise, or put at the breast.
Sometimes the breast doesn't work, either, and he wants a bottle.
Trying to give him a pacifier when he's mad only makes him angrier.
He loves to look at colorful mobiles - especially when they play horribly obnoxious baby tunes and he'll follow them with his eyes for as long as we leave him under them.
He loves it when I whistle and he'll stare at me - unblinking - for like fifteen minutes, as long as I'm whistling.
He also loves when I click my tongue and tries to copy me. Sometimes he succeeds.
Whenever he starts to fall asleep, he'll jerk himself suddenly awake.
He doesn't try to make sounds like talking yet, but he is a serious squeaker and grunter.
He loves to be held, and in on several occasions he's cried in the middle of the night - and since Grey wasn't awake I just picked him up and then we've both gone to sleep for another few hours.
If he's being held he'll go 6 hours between feedings.
He loves the bath, but he especially loves when I put lotion on him afterward - I think it's soothing to his skin, because he has serious eczema or something.
He's my baby. My snuggler. My smiler. 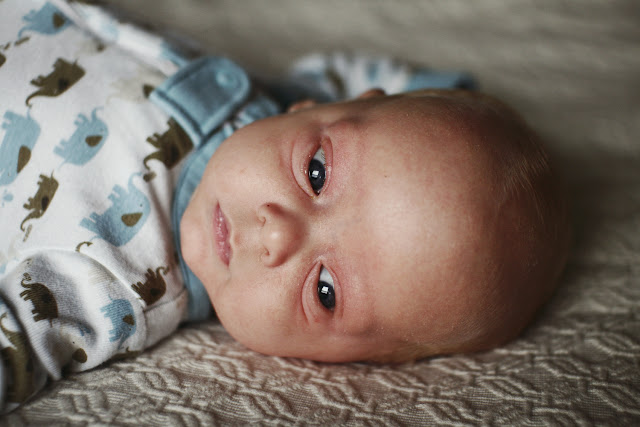 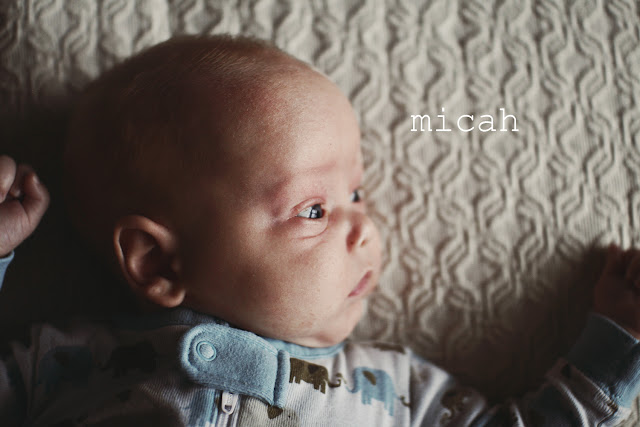 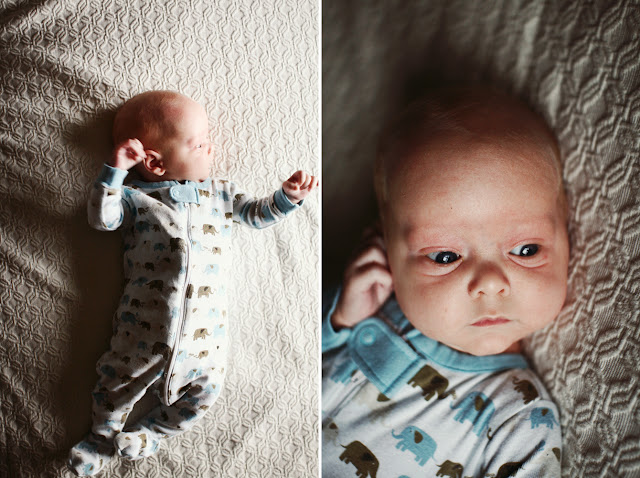 And because I did it with Grey's post, here's the edited and unedited of this photo:
Sometimes I like to really alter the colors, but usually I like to change them just barely. Enough to make them more interesting.
And often, (usually) I use Eye Candy Actions, which Travis bought for me two Christmases ago.
On these pictures I used Vintage Wash at like 60% oppacity.
Sometimes I use the Pioneer Woman Actions, which I don't like as much but have the added bonus of being free. 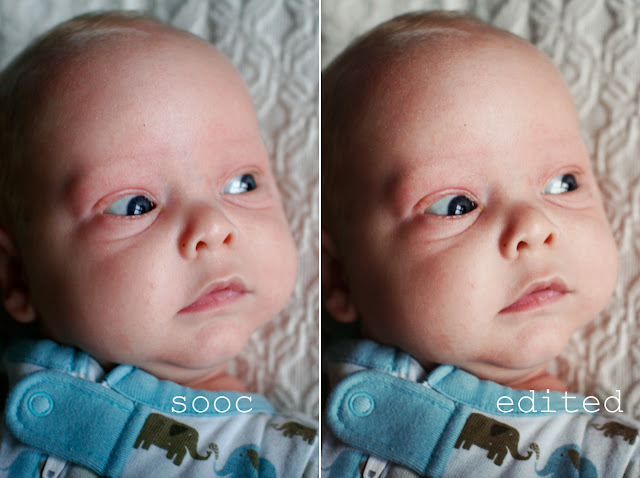 And because I caved and posted pictures and it's not even 9:30 yet? Yeah. Give us a vote, won't you?

Posted by Becky Pitcher at 8:13 AM

These posts on Grey and Micah are going to be so awesome in a few years when it's hard to remember all the little differences they had.

I am 37 weeks pregnant, and I love reading about how well you've gotten to know your little guys. I can't wait to get to know my little one and all of his/her quirks and intricacies! Just a few more weeks!

very sweet posts about your boys. what a special mama they have.

oh wow. you just perfectly described my son Owen. Only that he is 2 minutes younger. Good luck with him! haha. He's my toughest child by far. Today he totally stole a package of gum from the store! I'm excited to see what happens with him. I adore him but worry about him the most.

She is adorable baby!
Baby favors