The last couple weeks have been little more than a blur! We've been running around like crazy,  making cookies, wrapping presents, driving to and from the Happy Valley. Travis had a work Christmas Party and we've had several dinners with family. I'm actually worried that we won't get through all our Christmas movies in time! I love Christmas movies. In fact, I tend to prefer Christmas movies to all other movies ever. But since we instated the "no movies except on weekends," it's been hard to fit everything in! We have watched Home Alone, Christmas Vacation, Miracle on 34th Street (new and in color!), The Santa Clause, Elf, a Charlie Brown Christmas, and The (cartoon) Grinch.
We just need to cram It's a Wonderful Life, Miracle on 34th Street (old black-and-white), The Christmas Story, and the Muppets Christmas Carol in before Thursday. I'd like to watch more, but I just don't think we'll make it and those are the favorites!
There are also lots of non-"Christmas" movies that I consider holiday movies, you know, like Family Man, Hook, and Harry Potter. (They have Christmas scenes. That makes them festive.)
Anyway. Travis is on the scheduling boat and is helping to make a million plans for us, but my favorite things to do are eat cookies and watch movies that make me cry.
(Speaking of movies that make me cry, we rewatched the first two Hobbit films in preparation for number 3 this week. I think Peter Jackson should be put on trial for crimes against humanity and books. I kept telling myself, "You probably over reacted. You'll watch the extended edition and feel better. They're bound to include more stuff from the books, plus- stop being so overly dramatic. He didn't totally ruin it."
But then we rewatched them. And guess what? They are worse than I remember. THEY ARE SO BAD. Why, Peter? Why? Do you hate Tolkien? Is that it? Oh. You just love money more. You have sold your soul to the evil book-ruining, video-game-loving, bizarro, destroyer and usurper of joy that is Hollywood. That can really be the only explanation. Because seriously, the movies are so bad.
Stop telling me to just enjoy it as a movie without comparing it to the book. And stop telling me that he was just trying to include more stuff from the Silmarillion and appendices.
Because 1. It is a deformation of the book and can only be seen as such.
2. I HAVE READ THE SILMARILLION AND APPENDICES. STOP TRYING TO TELL ME LIES. Sure. Include the Necromancer. The White Counsel. Legolas should definitely be there, I agree.
Barrel fights. Absurd Romances. Gold that melts instantaneously to be poured on unsuspecting dragons. Strange Goblin musical numbers that sound like they belong in a Broadway theater production of The Hobbit. Surfing down stairs. And everything CGI. Why?
I have watched the extra features of the LOTR movies an obscene number of times, and I can tell you: They did not go this video-game crazy. They actually built stuff. They made masks for orcs, they made crumbing statues, they carved gigantic mini-cities out of foam and seriously, Jackson. Why are you such a quitter?)
Oh. Oops. This blog post took an unexpected turn. Sorry guys.
No. I retract that. I am not sorry. Peter Jackson should be sorry. He should know better than to upset a fan-base which probably owns a lot of swords. (This isn't a threat. Calm down, NSA.)

Anywho... here are some pictures. 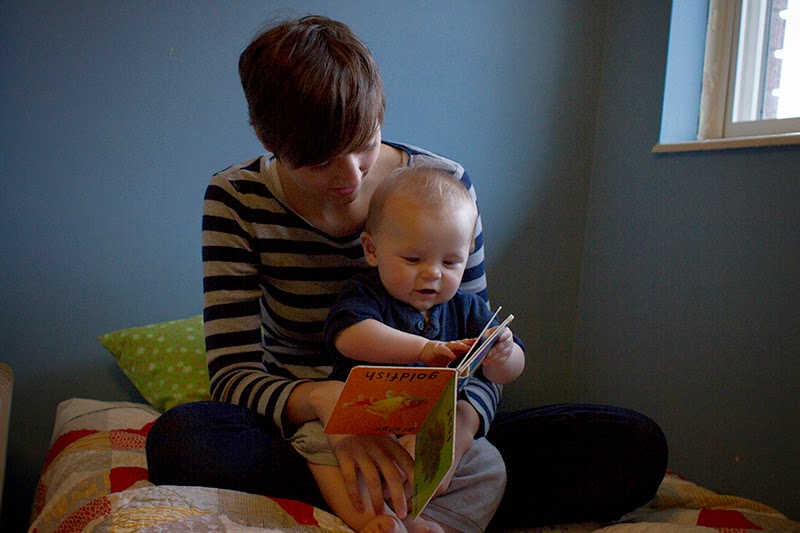 August and Mama as captured by Micah. 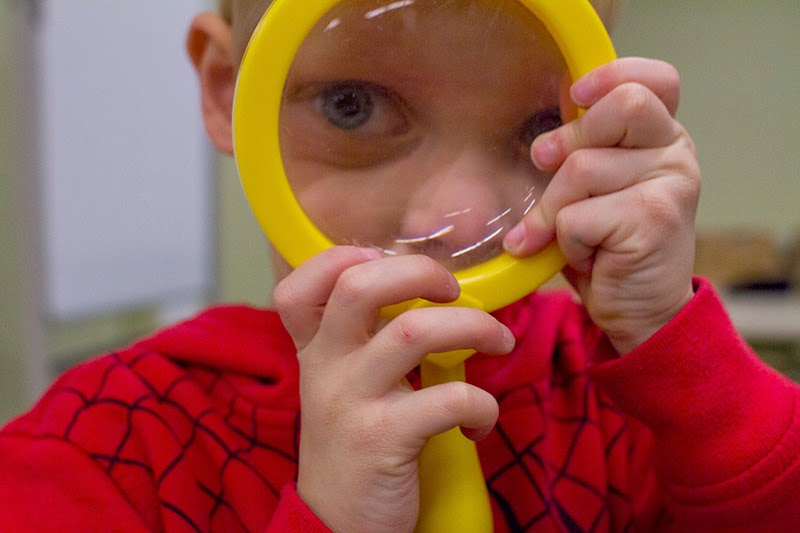 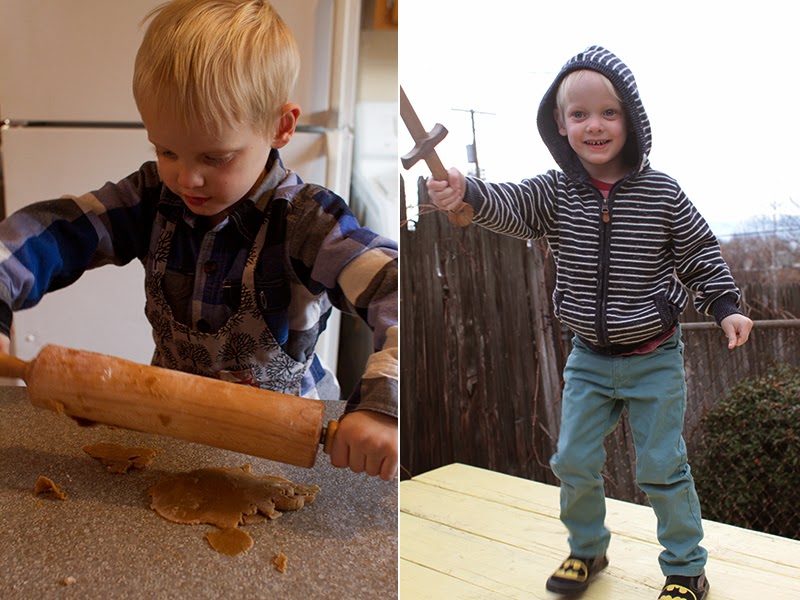 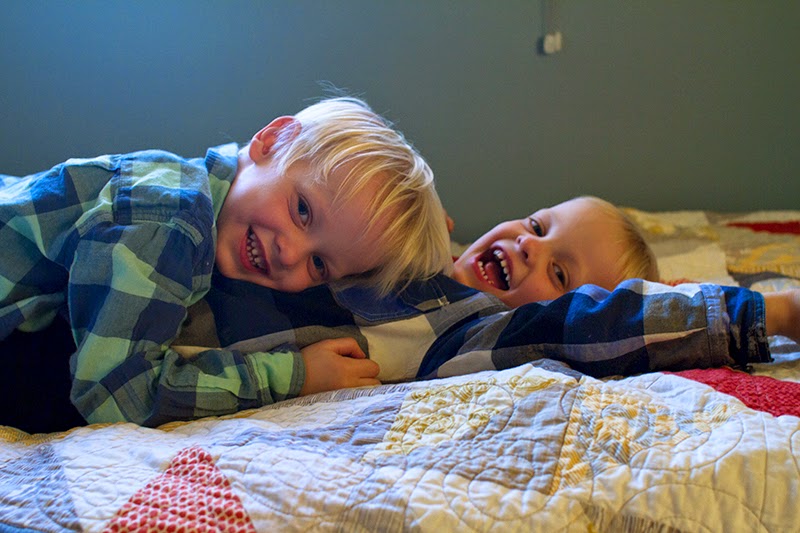 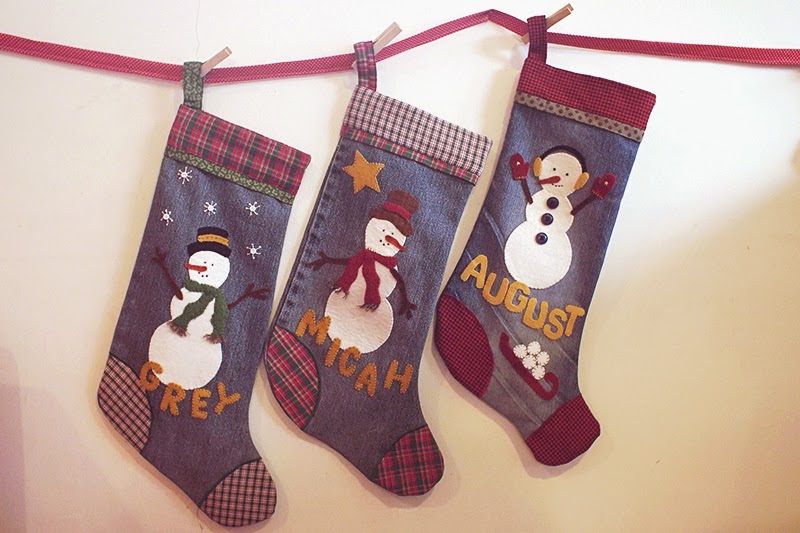 The cutest stockings ever crafted, made by my amazing Grandma. 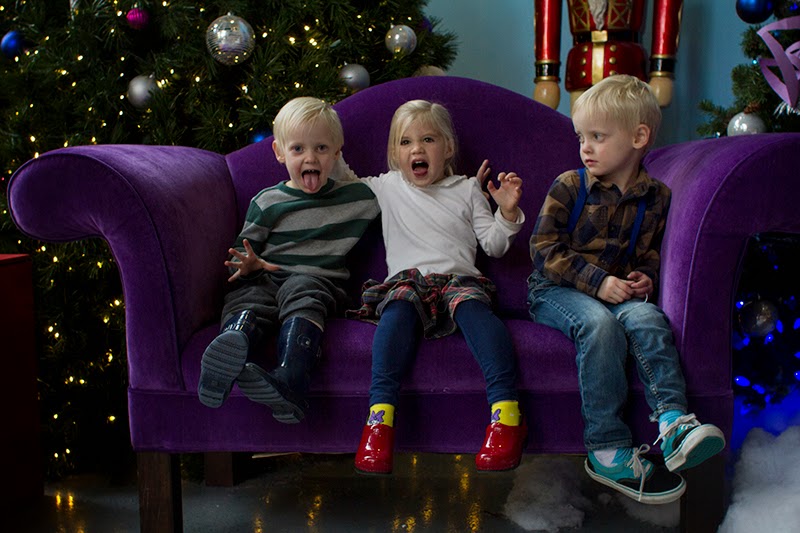 Ha! This picture is so hilarious to me. Poor little outsider Grey. 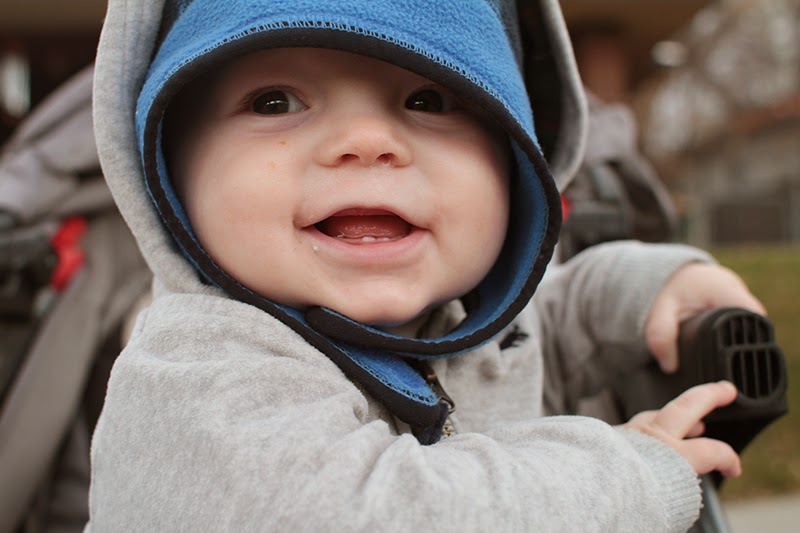 Someone has two new teeth! 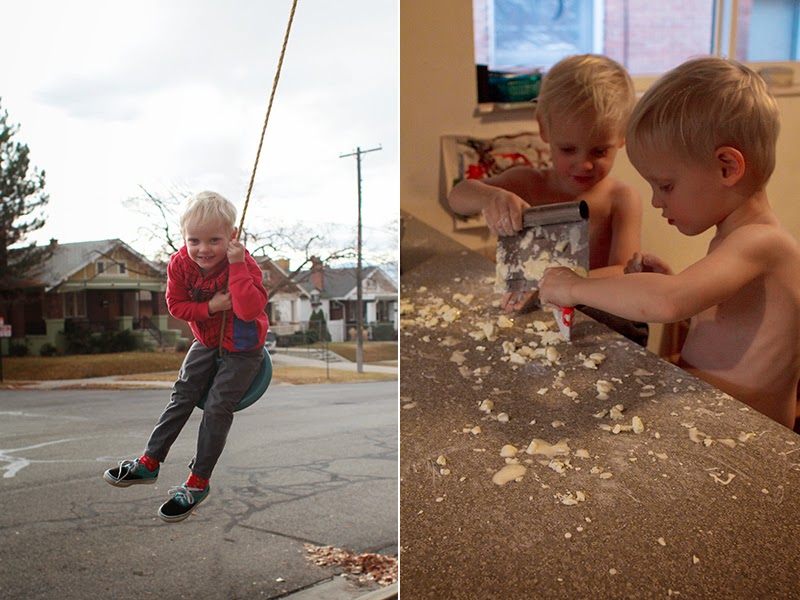 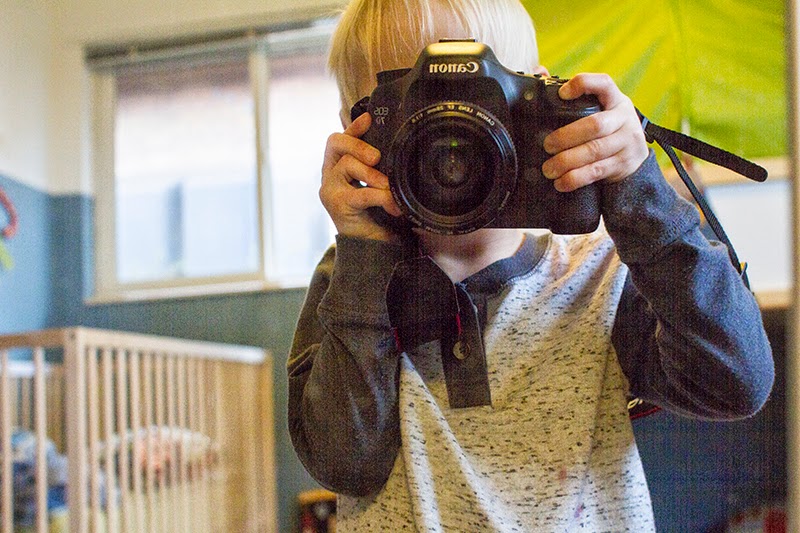 Photographer Micah boy in the mirror.

"He should know better than to upset a fan-base which probably owns a lot of swords."

Awesome. Perhaps the best/most honest review of the hobbit movies. I refuse to watch the third; I love the books too much.

I'm so glad someone else agrees with me. I cringed the ENTIRE time in the theatre. I had such high hopes too!

We still refuse to watch them. He betrayed us 100%.

But the Jim Carrey A Christmas Carol is the best book to film adaptation of that story. It's a little creepy and totally perfect. Meet Me in St Louis is also on my Christmas movies list.

Oh those darling kids! Grey is so serious in that one. Glad you love the stockings, thanks!